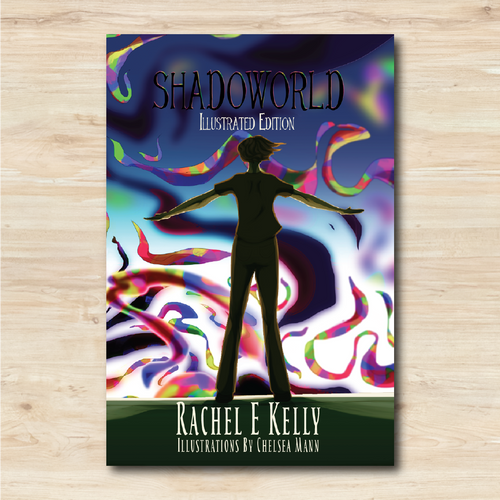 Shadoworld, Book 4 of the Colorworld Series, WITH PICTURES!

After facing the dangers of a death-touch, marital separation, and even terminal cancer, Wendy thought she could handle anything. But adapting to losing her supernatural abilities has turned out to be much harder than she thought. To top it off, she's pregnant, and the prospect of being a mother has Wendy fearing she'll never adapt to this new "normal."

Fortunately, when her son, Robbie, is born, Wendy finds renewed hope and determination to love life the way she once did.

Her faith is turned on its head, however, when she learns that Robbie's life will be cut short by a genetic disease.

In the midst of mourning for the life her son won't have, Wendy learns that Gabriel's brother, Mike, has been incommunicado for months. At the same time she also receives cryptic instructions from Robert relating to her quest to save her son.

Both problems take her to Los Angeles, but within an hour of landing, however, Wendy is abducted. Little does she know, the real quest to save her son has begun.