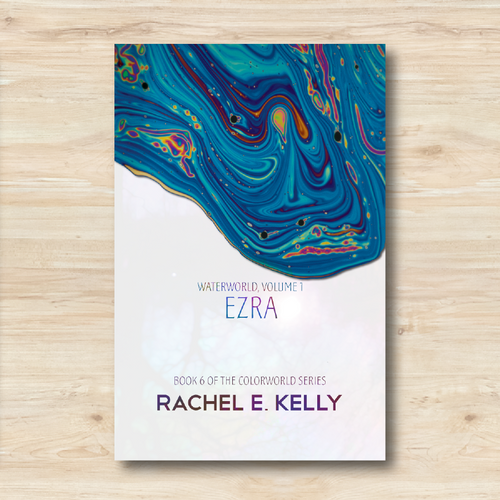 This is the 6th installment of the Colorworld Series!

A fantastic sequel for Dreamworld, book 6, Waterworld, has 6 character different perspectives, and Rachel has created an innovative way to fully tell each character's story. Instead of smashing them all into one book, book 6 will be published in volumes through out 2018! Volume one:

At Soldier Field in front of sixty-thousand, Gabe Dumas of The Human Movement (THM) delivered a gripping charge against Wendy Whitley of the Guild. To everyone watching, she conceded more than just the stage that day when she waived her speaking slot. No one knew what had happened behind the scenes, that Gabe’s plan to aid California was a result of a private communication between him and Whitley. No one realized that what appeared to be a widening of the gap between Whitley and Dumas was actually both THM and the Guild’s first acts of concession.

This wasn’t the only game-changing event happening behind the scenes in Chicago. That same day, unbeknownst to Wendy or Gabe, Ezra Whitley was enacting his own plan, demonstrating a power that, until then, everyone had thought was impossible. Moments after Gabe Dumas spoke his closing words, “Let us show them and ourselves what can be accomplished when Humans move!” the skies opened and rain drenched everyone inside the stadium… but not a single person outside of it.

This is Ezra’s story.